Idol Yuko Oshima announced that she will graduate from AKB48 during NHK’s Kohaku Uta Gassen.
In the comment shown on Internet’s breaking news and on twitter, netizens’ bashing comments flowed right after her announcement temporarily. Comments were: “She should not privatize Kohaku”,”She should not use Kohaku for political use”.
It was reported that “both AKB members and Kohaku staffs had not been informed that she was planning to graduate from AKB and do announcement there, but on the following next day on January 1, it turned out that the producer Yasushi Akimoto spoke to NHK and gained approval about the announcement in advance. The anger of the net residents went to Mr. Akimoto. Net residents angrily said “graduation announcement in the national TV program is egregious mistake”.
But with the way netizens making buzz comments, this trivial event becomes extra fuss and add a news value. They should just keep it cool.

Tekken appeared on the show but when he said “I will do skit” – then news program started immediately after. (News program rather than TV commercial, because it’s NHK). He lost opportunity to show his skit. This case exposed vividly how comedians are discarded as low. Well, it’s NHK so no wonder. According to the report, Tekken seems to have left the studio disappointed. 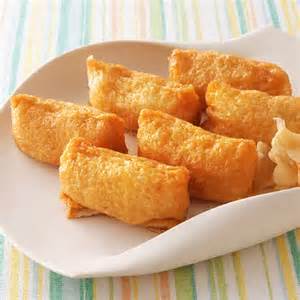 （写真：from mizkan.co.jp）
It had been reported that Mr.Shigeru Izumiya had violently punched staff during rehearsal and Yuya Uchida blamed his behavior on Twitter. Mr. Izumiya Shigeru already had sprinkled the topic before Kohaku program. 1 hour before the TV program, he ate Inarizushi and his implant tooth fell out so he performed with missing tooth during the TV show. Toothless…a goofy story.

Linked Horizon left the studio with a microphone on

Since it was his first TV debut and perhaps from the tension, Linked Horizon left the studio right after his performance with microphone on, so NHK staff had to search for him immediately… I wonder who spoke such incident?
Tweet