Rumor says the real character of Rena Nounen is something…! 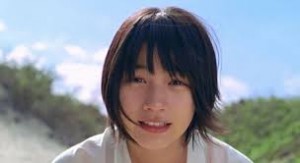 Rena Nounen known as “Amachan” appeared in Kohaku Uta Gassen (Red and White Song Battle) recently. Year 2013 was the year for “Amachan” and Naoki Hanzawa”. (These TV shows gained big popularity in 2013)
Rena Nounen run up the stairs to stardom as national popular actress all at once. However, the real nature of Rena Nounen is debated in various fields.

Yankee-style, cool character (She is making up her character in drama)

There is a story that Rena is more like yankee and cool type instead of being like “tennen” (natural). She looks like she has “tennen” character, but in reality, there is a theory which says, she is making it up. 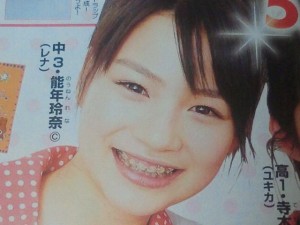 The theory which says she is more like yankee type instead of “tennnen” is based from the photos while she was modeling as a magazine reader in Nicola. Certainly, she looks like she was more enjoying it there.

If her true nature is “tennen”, that is okay. But if she has more unhesitating character but is under the disguise of being “tennen”, is it really matter?
Some people point out that is a problem. I do not think so.
If she has ability to play variety of characters, I think it is a beginning to explore her talent as an actress.