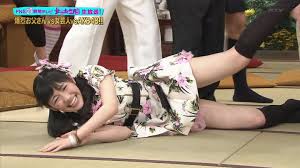 The incident happened on a TV program which was aired in August 2013. Koji Kato, a comedian, put wrestling skills, hit and kicked the head of Mayu Watanabe, a member of idol group, AKB. This scene brought many claims from many viewers and also anonymous announced the murder of Koji Kato later on. There were more violent and extreme performance in TV program like ‘Drifters’ in the old days and in “Yoshimoto Shin Kigeki” and “Owarai Ultra Quiz”. However, it was the popular idol whose role was to be ‘beaten’, so it became a big fuss. On the 22nd of October, Broadcasting and the Youth Committee inside Broadcasting Ethics and Program Improvement Organization(BPO) announced their opinion that “even with variety show, the ‘dignity of human’ and ‘good behavior in the public’ should be concerned while creating a program” to this Fuji TV program.

This is the controversial scene 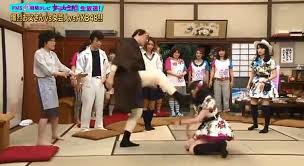 Enlarged screen of the scene 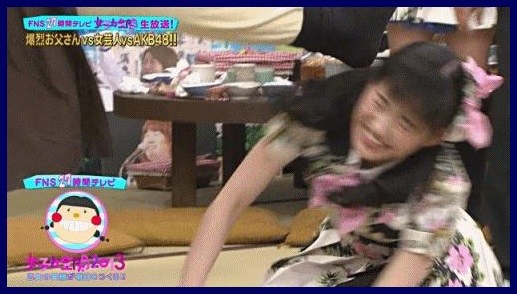 He kicked. In regard to the opinion which BOP turned in now, there are negative comments from people saying, “BPO is a meaningless organization” “In the world which requires fast response, it took them for more than 2 months to come up this opinion…” “If you don’t like it, don’t watch it.”

The man who kicked, Koji Kato 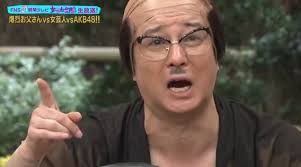 It’s been a while since people focused on him, after his partner was arrested.

BPO says “Even variety show should be concerned of ‘human dignity’ and ‘good ethic to public’ ” but to begin with, I think variety shows are stupid program. BPO only takes out a part of the program and make it as a problem so it is being bashed by people. It should recommend “all variety shows to be eliminated. However I think TV variety shows will not go away. If it goes away, the presence of BPO is not necessary. The incident of Mayuyu exposed it’s fragile foundation of BPO.