Yoroi (armor) is popular in Milano!

Japan seems to have image of Samurai among people living in overseas. 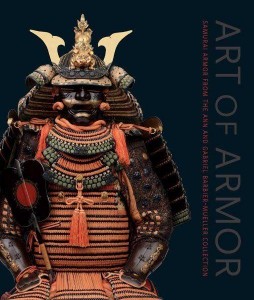 (Exempt from “Art of Armor: Samurai Armor from the Ann and Gabriel Barbier-Mueller Collection”)

Speaking of samurai, it can’t be spoken without armor. I think Yoroi (armor) has gained applause from overseas but there are many lovers inside Japan as well. 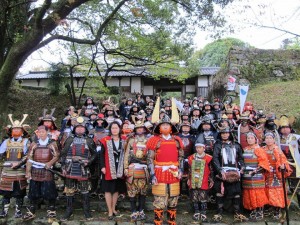 There are people who wear Yoroi (armor) daily or make Yoroi. Their Facebook page has more than 200 members.

Such Japan’s traditional culture was exhibited in Milan, Italy in January.

It looks like local industry and Japanese Ministry of Economy, Trade and Industry played a central role, to promote and introduce Japanese culture to overseas countries as a part of “Cool Japan” project. It was exhibited in a show room in Milan called “JP HOME”. 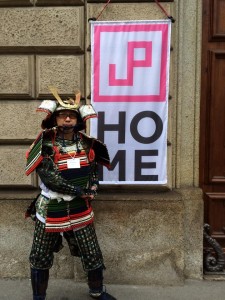 Italy has a force in introducing creative lifestyle such as fashion, furniture, food and culture. However, that force in Milan stands out in particular in Italy.
Also Japan has a reputation in good quality, supported by Takumi (artisan) culture for handmade stuffs, local resources products and traditional Japanese crafts. It’s quality has a fame in Italy so there’s possibility that Japan can develop its business by utilizing Italy’s expertise in selection and promotion of goods.

We will promote high quality “Cool Japan products” which are made from high-creativity region in Japan together with the local designers, creators and buyers to make it high value added. We will create opportunities by interaction with local companies, and understand the demand of B-to-C market as its local needs.

(From the description of the World Japan trial) 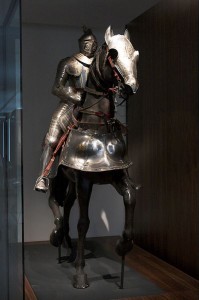 Milano is also a city which has yoroi (armor) is developed. Therefore, it matches with Japanese yoroi culture! Deputy Minister of Ministry

Major media such as Asahi Shimbun wrote article about this and it seems like Deputy Minister of Ministry of Economy, Trade and Industry visited.

Cool Japan is introduced in Milan, at Showroom for crafts and goods (Digital Asahi Shimbun) 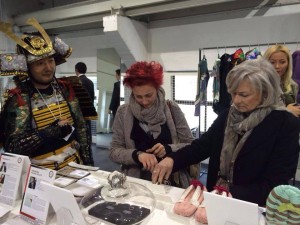 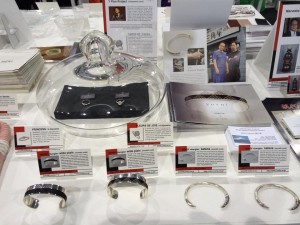 A Japanese promoter wore an armor made by Marutake Sangyo and sold jewelry named yoroi which is made in Yamanashi. 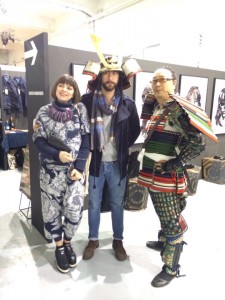 The Marutake Sangyo is a well-established company in the armor business in Satsuma.

There seem to be a PR video for Satsuma Sendai Cool Japan Promotion Project!