‘Maho Shojo Madoka ☆ Magika’ is a TV anime which was broadcast on midnight in 2011. Even now, it is very popular.

Madoka Kaname, the main character in the story

It is a story mainly focused on a Junior-high school student, Madoka Kaname who has a potential to become an excellent magical girl but decided to be involved as an observer with the girls who turned to ‘magical girl’ in exchange of having their wish granted, but they face challenging destiny to fight with the enemy of the human race without noticing (Source : Wikipedia). Entitled ‘Magica’ is feminine adjective of ‘magicus’ which means ‘magical’ in Latin. 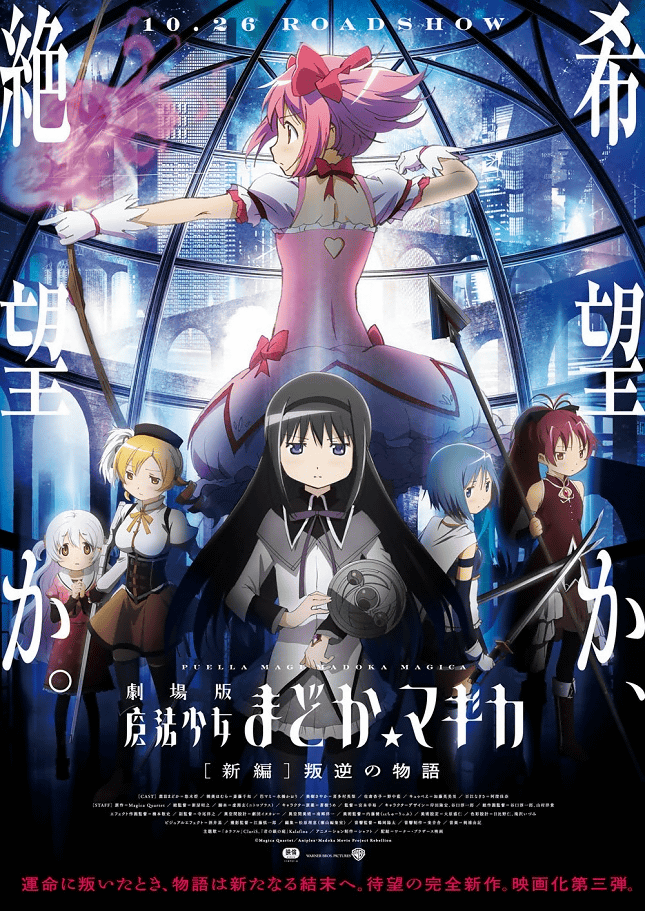 Receiving a huge popularity in Japan, it aired in national broadcast in Italy and in a cable channel in Korea. Also, it was delivered to many countries in the world through Nico Nico real time broadcasting and others. Every time when it air, it recorded high viewing rate and it became very popular anime, gained many fans in the world. ‘Maho shojo Madoka ☆ Magika’ is now collaborating with so-called Japan’s soul food, the famous ‘Umaibou’, surprisingly! It is the prize of the crane game as “Campaign for Namco × movie theater version, ‘Maho Shojo Madoka ☆Magika’ (New Edition) Rebellion story” which start from October 25 !