[From Japan] Interactive Billiard, OpenPool is selected as a finalist for SXSW in the USA!

This OpenPool is interlocked with projector and Kinect, it is the effect which makes it look like alive along with the movement of balls and the cue.
It’s more fun if you play with more people.

What is the setup for OpenPool?

The setup is as follows. 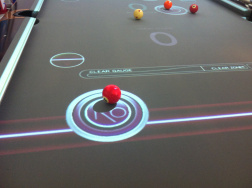 Two Kinects attached on the ceiling watch the location of balls and a projector show interactive visual effects around the balls. 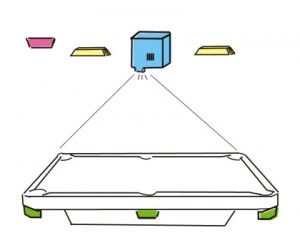 The pocket detectors, the original device which are placed on 6 pockets, send signals to PC when the ball falls into pocket, and they are made of mbed, LEDs, IR Sensors and a 3-D printed case.

This is a project made by open source and you can move it by writing simple code.
The following is just an example.

This one is longer CM

This one is 30 second CM

Last year, in accordance with GoodDesign exhibition in Tokyo Midtown, OpenPool borrowed a space of Konami Style Tokyo Midtown store and made a public appearance. 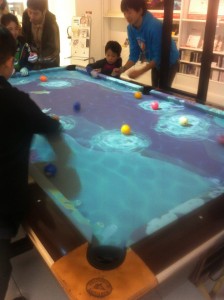 When I went to the place, it was popular with small kids and they were interested when the effects appear. 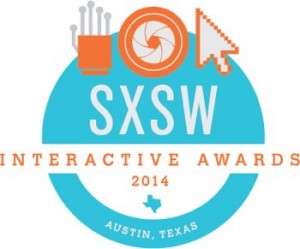 そんなOpenpoolが先日、The other day, OpenPool was named as a finalist for SXSW Interactive awards in the Amusement category. おめでとうございます！

If it is chosen as Breakout Digital Trend Award, it will likely to be trendy and successful internationally just as Pinterest and Twitter has become. I would say it is a prize that is equivalent to Academy Awards. 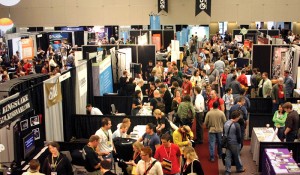 (FromOpen CU)
I myself met people who created OpenPool several times. They are very cool, not only they look good but very smart. I really wish them all the best!