I, Endo, as a writer, made reservation and went to pick it up today! 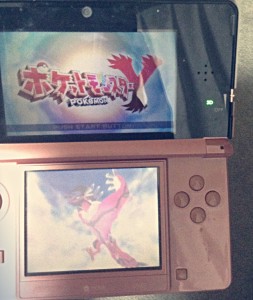 This series is different from previous Pokemon, there are many new elements in there, which makes it attractive.

・The adventure take place in the ‘Kalos Region’. The main character is the boy (or a girl) who moved to ‘Asame Town’, a part of Kalos Region.

The main character start the adventure from Asame Town. According to the rumor, France is the model for Kalos Region. 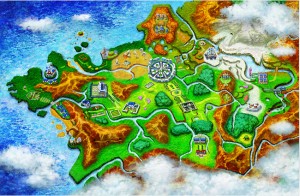 The element you can’t lack in Pokemon is the ‘Type’
With its ‘type’, attacking power differs by the type of Pokemon when battling. (like ‘Fire’ type is stronger than ‘Water’ type)

This Fairy type is very precious, it is super effective on Dragon type, and Dragon attack is not effective to Fairy.In the previous Dragon type, it was only weak to Ice or same Dragon type so the new appearance of Fairy is a new enemy to Dragon type. 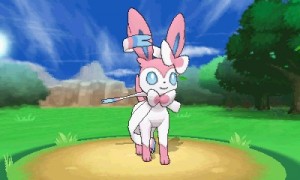 The most outstanding part in this Pokemon is the special evolution called ‘MEGA EVOLUTION’ that happens during battle.
With this Mega Evolution, I can assure that it will be more enjoyable to play battle. 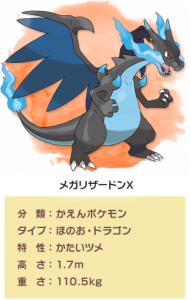 Now, new ways are added to battle. One pokemon can battle with multiple Pokemon called ‘Horde Encounters’ and to battle between Flying type Pokemon, there is ‘Sky Battles’.

Connect to Wifi and let’s do Pokemon network!

When walking through the field, you see wifi display on the bottom all the time.
With wifi, it makes it attractive that you can battle with various Pokemon and you can also exchange Pokemon.

Wi-fi display can be seen on the bottom part all the time. 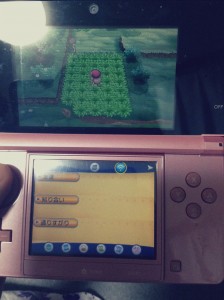 In addition, it is now possible with this Pokemon to send or receive messages with friends!
Unlike previous Pokemon series, fun using network increased.
Maybe we will see couples who met through Pokemon!?

Game series of Pikachu (except Pikachu version), we were familiar with Pikachu’s voice that sounded like “Va!”

1.03 min where you hear Pikachu’s voice

I am now making Pikachu cry as “Pikachu”
Hope you can tell by seeing this display. 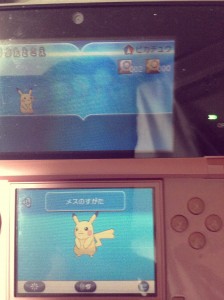 Playing as Player Endo
Let’s get Pokemon together! 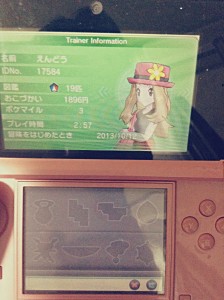