The most famous Japanese in Indonesia!? 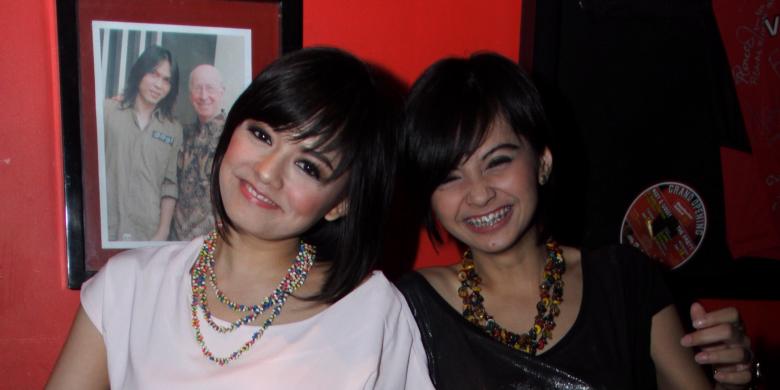 This is Shinkaigyo (Deep-sea fish) of SUGOITOKYO, an editor in charge of entertainment news.
Speaking of most famous Japanese national in Indonesia, there is no one more famous than Shogo Sakuramoto. So many Indonesians asked me “Do you know Shogo Sakuramoto? Is he famous in Japan?”
No one in Japan know him, no one in Japanese community in Indonesia know him. Mr.Sakuramoto is the husband of Prastiwi Dwiarti (pic on the right), famous female duo T2 in Indonesia. That’s okay… but there is rumor that Mr.Sakuramoto has a wife in Japan and a wife in Bali too, which became a huge gossip in Indonesia.
Various stories attached to the gossip like, Mr.Sakuramoto seems to have DV problem , Tiwi got pregnant before marriage. Therefore, he suddenly became the most famous Japanese in Indonesia.

This is T2′s representative music “OK”
The phrase that is repeated in the lyrics “Bilang saja”, mean just tell me.

This is a maniac news from Asia rather than SUGOI news from Japan, but….is it OK?