This is Endo, my big eyes look like my dad, my short flat nose look like my dad. I am a compromise between East and West. I felt the expansion of cosmos when I saw the encounter of Japanese culture and the overseas culture. Please read below.

In these recent years, real ramen restaurants are increasing rapidly mainly in big cities in the United States. Japanese Ramen is gaining citizenship abroad. Under such circumstance, there was a food event that took place in the suburbs of New York this year. I heard that a semi-Western style called “ramen burger” was really popular. 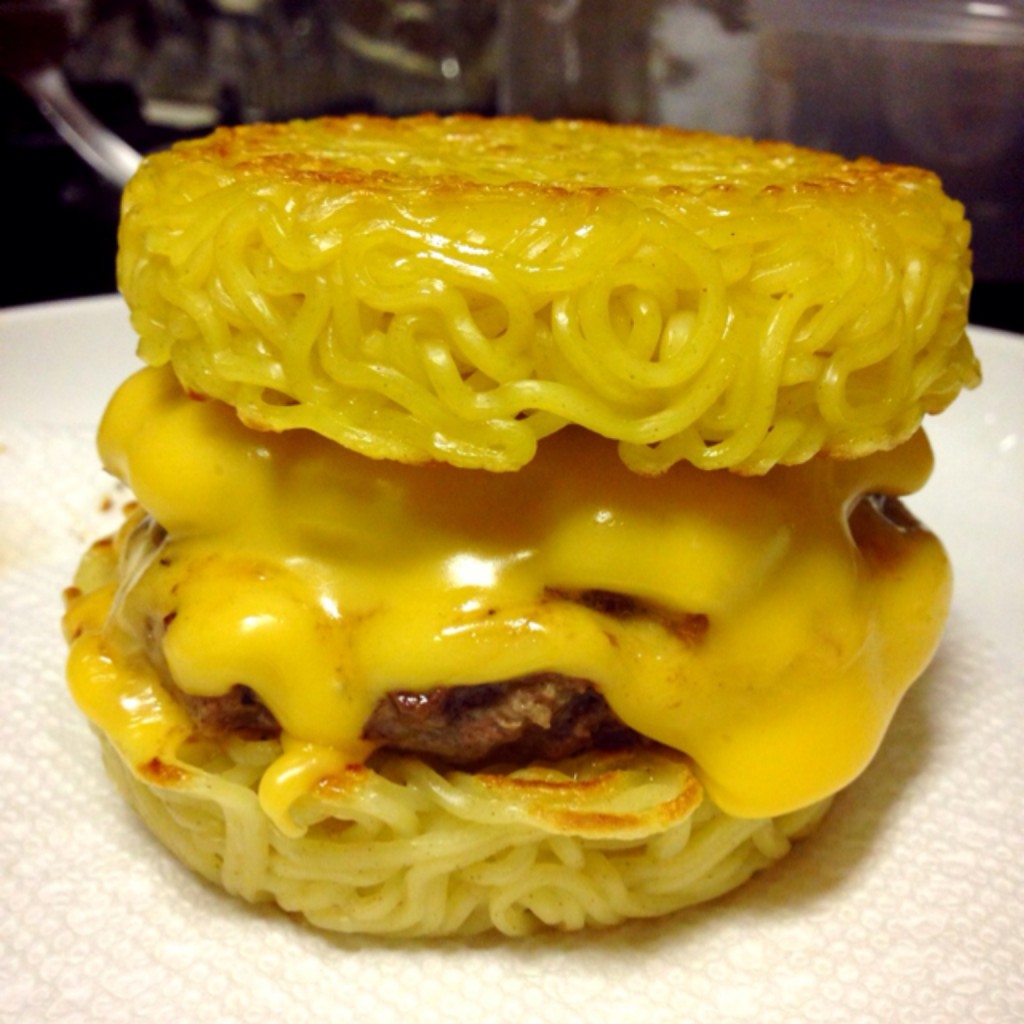 (Source：https://www.facebook.com/RamenBurger)
Look at this form. Can you feel the cosmos?

Keizo Shimamoto, who exhibited ramen burger has a passionate ramen spirit. He quit his job in the United States and came to Japan to open a ramen store. You will feel his love for ramen with his website, “「GO RAMEN!」”

Synonymous of American comic is Batman. Bat mobile is a high performance mobile car which assist Batman. Car action program called “Fast, Furious & Funny”, which has popular YouTube channel of 150,000 registered viewers, converted the normal March to something similar to Bat mobile in live action version. From August 4 to 10, there was YouTube festival “GEEK WEEK” held for technical ‘geeks’, this program was planned as a part of the festival but wows to geek! The quality is amazing, how they charge weapons in the car is beyond the scope of the hobby.

Machine guns and missiles… it can not be converted like that in Japan.

If you are in Japan, you wouldn’t have known that sushi has evolved amazingly! Wazaaabi is the sushi restaurant located in Yucatan Peninsula of Mexico. This form is splendid. I can feel the wind of South Latin! Kanpai Sushi is a sushi restaurant at Edinburgh, UK. I can feel the UK from this fish, flying fish roe & pickle. From it’s colorful figure, I felt the fog clearing out of England.

From sushi restaurant in Hawaii, cool information of sushi arrived! Sushi Rock!!!! This is the real Rock! This brilliant form of sushi surely surpassed the fixed concept of sushi.

Did you feel the magnificent cosmos like I did? Sometimes encounter of culture to another produces friction but isn’t it thrilling when it merge and develop into a new style? Fusion of culture didn’t begin now. It used to be called as Japonism is the old days. Claude Monet drew a picture of a woman wearing a kimono called “La Japonaise”, impressionist painters drew pictures using Japanese ukiyo-e as subject. However Ukiyo-e is the entertainment for common people, which were sold at several hundred yen in the price of those days in Edo period. For Japanese, no one would care much about such culture but in a far away overseas, it was reborn in a new form in the land. How glad I am!.
Tweet