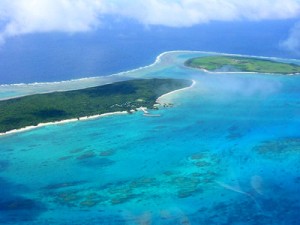 Aragusukujima (Aragusuku Island) is Located in the far south from the main island of Okinawa, one of the Yaeyama Islands. It has rich nature is rich, the whole island is included in the Iriomote Ishigaki National Park. There is no shop, no hospital, no traffic signal on the island. Mobile phone maybe difficult to connect. It is the real remote island, just as you can see from the image. However, this island is not just a simple remote island, it is the biggest taboo in the Japanese folklore. Non-islanders can not see the secret festival which is carried out there!!

There is a taboo in Aragusuku Island 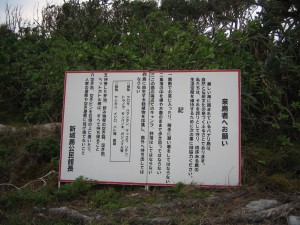 There has been a mermaid legend from ancient times at Aragusukujima, There are a lot of signs which says, “This road prohibit the passage of general public, this road is a ‘passage of God” in the areas called called Gogoku and Ningyo (mermaid) shrine. It’s a true sanctuary of islanders who can’t visit other than the festival.

The Secret Festival (Harvest festival) have strange 2 Gods called Akamata and Kuromata who pray and dance for the rich harvest of the year. Of course only islanders can participate but prohibited to reveal about the festival. There is also a tour which tourists can participate but limit the place where they can visit and prohibit the view of main ceremony of the secret festival. There is a rumor that there was a non-islander who tried to attend, pretending as if he was islander, but found and became fight with islanders. There is also a rumor that a photographer who secretly filmed the festival died in mystery.

Want to go to Aragusukujima!! 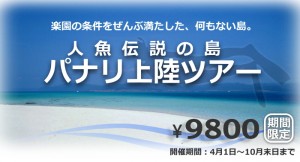 It is possible to go to Aragusukujima, there is day trip and accommodation available there. You can go easy go, there is snorkeling tour, but because there is no shop in the island, you need to bring food and drink in advance. And, you are not allowed to break the taboo of the island.
Tweet