It was manga you can read fairly at school…

At elementary school, if you bring manga at classroom, your teacher will scold you. However, it was the manga that was placed in the classroom fairly. 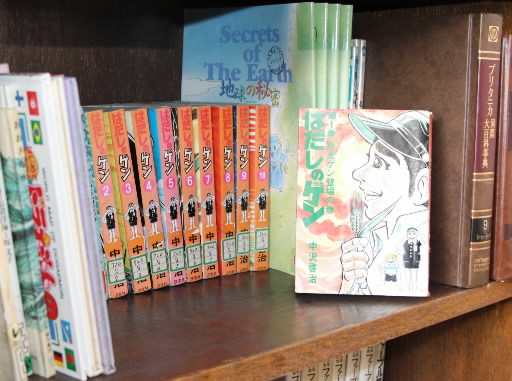 For those who doesn’t like reading just like myself, ‘Barefoot Gen’ was our life-saving manga to read during our reading time.During our Elementary school days, it was our hero during childhood. Now the manga is on hot topic again, considered as a ‘problem’.

It was December last year that restricted view of Barefoot Gen was implemented. It was considered as ‘problem’ on its radical expression which contained scenes like chopping head off and violent act against women. 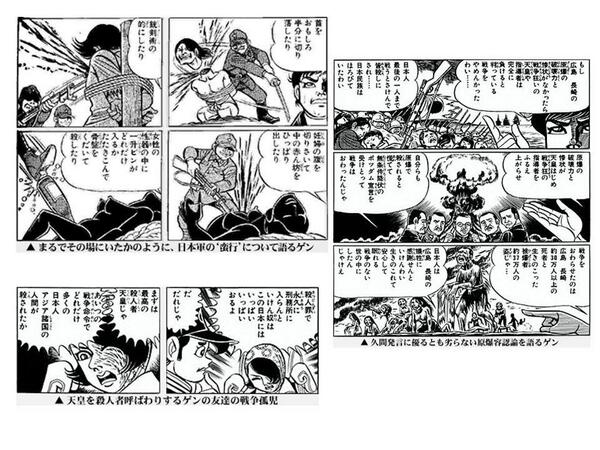 Board of Education of Matsue City, Shimane Prefecture implemented restricted view measures in their Elementary and Junior High Schools as “the viewing requires teacher’s permission.” As a result, restricted view was implemented to all schools in the city, which got ‘Barefoot Gen’ in their library (which 80% of the total). In August this year, media covered this topic largely. ‘Barefoot Gen’ became hot topic.

Why did it develop into big problem not just with media but involving senior politicians? To get close to the truth, it is necessary to focus on the problem of ‘philosophy’ that lies behind the problem of ‘expression’. First, we must consider why manga with a radical expression had been placed in the elementary schools for a long time over the decades. 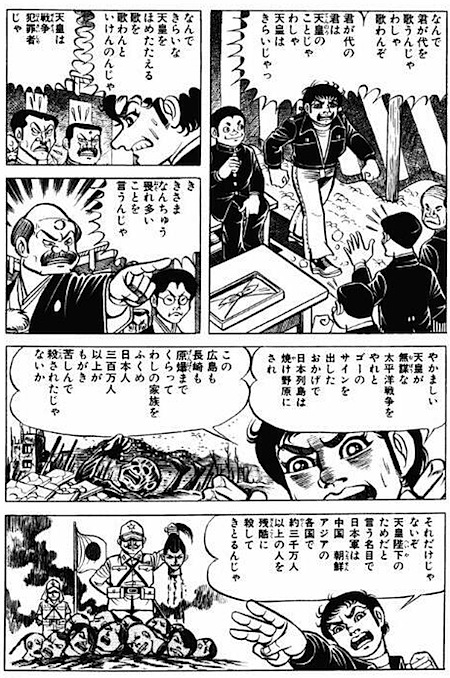 The essence of this problem is not about the confrontation of expression of “grotesque expression should not be included” and “convey the misery of the war vividly”. It is the confrontation of political ideas of the left wing and the right wing. As you can see from the what Gen, the boy saying, “I hate the Emperor” and rejecting to sing ‘National Anthem’, it is said that the manga ‘Barefoot Gen’ is the manga of the leftist ideology. From the right-wing ideology, so-called “masochistic view of history”,the expression without patriotism, can be seen many in ‘Barefoot Gen’. After the war, Japan tend to eliminate extreme expressions that stirred up patriotism to show “regret of the war “. This time, ‘Barefoot Gen’ which was said to represent the leftist ideology and has been a long time hero for boys and girls for their reading time, faced restricted view. This is a big step for the history of ideology.

The turmoil of ‘Barefoot Gen’ looks like it came to an end temporarily. Matsue City’s Board of Education, which faced criticism such as “we should protect the freedom of expression” by media, withdrew the restricted viewing” measure on August 26. It again brought criticism from the people who agreed of “restriction view” of their early correspondence, but now, the criticism subsided.