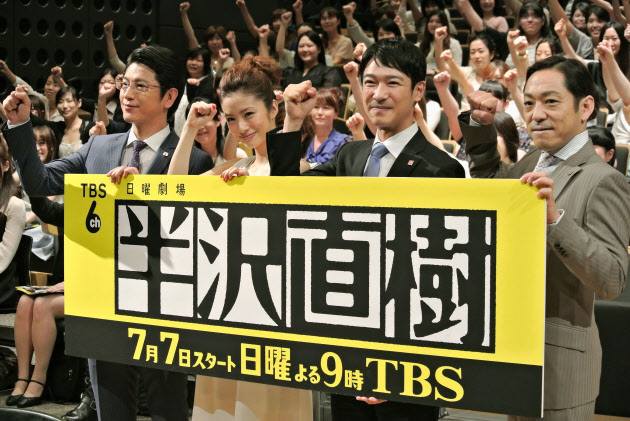 This TV drama series is originally from a novel that illustrates Naoki Hanzawa’s deadly fight against plenty of pressures and hardships he suffers from. One of the biggest banks hired him and he encountered malicious people that lean on him, inside and outside of the bank. Jun Ikeido, the author of the novel, has also experienced a job at a bank. 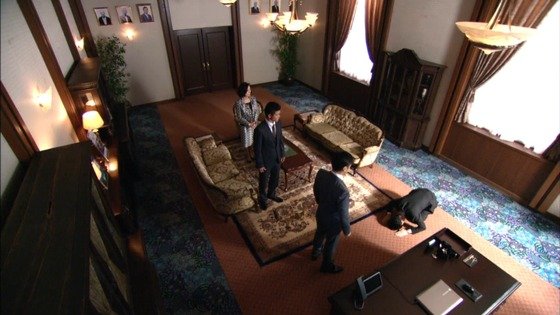 Unreasonable orders from bosses, rat race, personal relations among “wives” of corporate warriors….the drama is said to have came close to the “reality” of Japanese corporate culture more than ever, thus it obtained wide approval especially from “Salary men”. In the drama, a phrase ” Great exploits performed by subordinate belong to boss, while failures by boss belong to subordinate.” repeated by the bank’s high-ranked officials indicates the reality of banking industry in Japan, an existing bank employee points out. On the other hand many entrepreneurs and business people in foreign companies are wondering why Hanzawa doesn’t quit his job as he’s talented enough to be hunted or start his own business. Moreover an Western human right watcher views” the way that the drama draws the wives devoting their lives to the husbands” as problem. 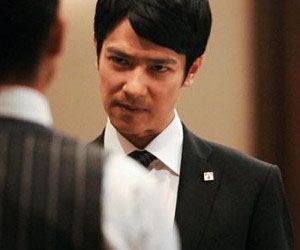 As for a signature phrase by Hanzawa, ” Despite I believe in basic human goodness, take the double payback once I’m beaten! ” is the one that is best know. Lots of Japanese love this obvious heroism. Everyone is convinced that the phrase is definitely to be nominated for ” Phrase of the Minute Award 2013″…

The broadcast started at 9 pm on Sunday, July 7th 2013 and lasted for 2.5 months. Until the end, viewers enjoyed the show from 9 pm every Sunday. In the beginning the audience rate recorded 19.4 % and it was in an amazingly high level compared to normal standard. In the final stage the rate reached up to 42.2 %. In Kansai District the rate achieved over 50 %. 9 pm on Sunday falls on a “‘sensitive time zone” for salary men in Japan who are all depressed considering their works that start again on Monday (after 2 days off). Good strategy in choosing the time for broadcasting! The drama must have given them catharsis.

From Japan to Asia

The hero Naoki Hanzawa, already Japan’s best known “banker’, travels abroad. The program will be released on TV in Taiwan in the midst of October this year, and be prevailing in other regions in Asia afterwards, NIkkei reports. Not only Japanese but people in other Asian countries are expected to enjoy the story. We look forward to the reactions and responses!