The attractive parts of ‘Kill la Kill”, the story runs through in a maximum speed in this term and about its production company, TRIGGER.

A school girl named Ryuko Matoi transfer to Honnouji Academy to search and revenge a ‘woman with half a scissor-shaped long sword’ who killed her father.
At Honnouji Academy, there is a uniform called ‘goku uniform’ which gives special ability to those who wore it. There is a student council president named ‘Satsuki Kiryuin, who reigned the school by its overwhelming power.
Ryuko tries to find out about the ‘woman with half a scissor-shaped long sword’ from Satsuki who knows about the woman and try to confront the power of school!!!

Ryuko holds a half a scissor-shaped long sword. 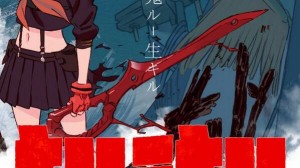 ‘Kill la Kill’ is the first animation created by animation studio, TRIGGER Inc. which was established by Kazuki Nakajima, Hiroyuki Imaishi, Masahiko Otsuka, Kazuya Masumoto who used to work at Gainax company (which produced Evangelion etc)
Hiroyuki Imaishi and Kazuki Nakajima created Gurren Lagann 6 years ago and it is said that ‘Kill la Kill’ is the return of Gurren Legann that contained high tension jokes and old drawing style. 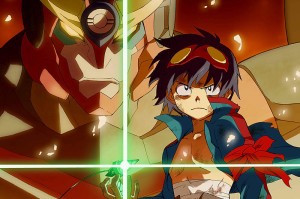 ‘Kill la Kill’ came up with rough drawing line and excessive action incorporating many elements which could be seen in Japanese animation in the 70s and the 80s. 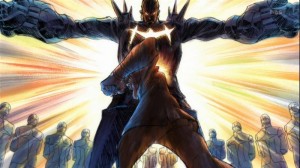 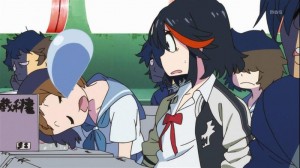 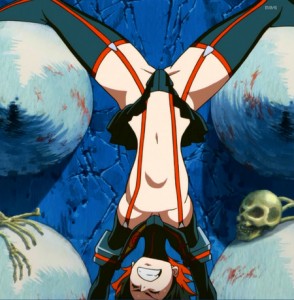 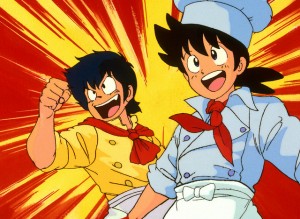 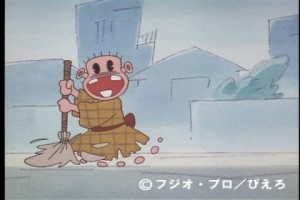 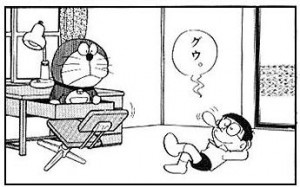 Animation by TRIGGER added a new element to the current animation.
It provides us the world of fresh animation. 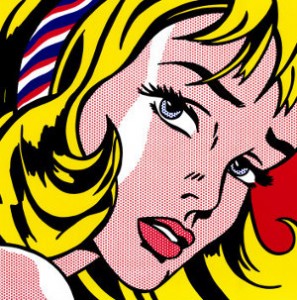 It is said that TRIGGER created Anime in American comics’ taste called “Panty & Stocking with Garterbelt”, taking the opportunity. 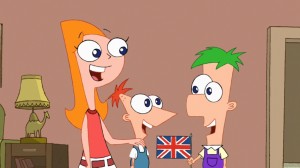 TRIGGER delivers a bit nostalgic but new and stylish animation created by the hands of the top creators in the animation industry.

Looking forward to its future.