King of Mash-up, the new video by Kutiman! It’s Tokyo!

The new video created by Israeli’s genius video producer, is based in Tokyo!


Israel’s video artist Kutiman (Ophir Kutiel), released a new video.
It is based in the city of Tokyo. The video which he himself shot and reorganized the scene of Japan’s harp and lute players, sublimed Japanese culture to cool break-beat. His work is that of an artisan.

Just as seen above, Kutiman has continued to challenge the creation of a new view of the world by mixing the videos which were posted on YouTube, the videos he took by himself and the sound.

In his representative work “My Favorite Color”, he picked up samples of the amateur musicians’ practice video on YouTube, mash-ed them up, and made it a masterpiece with nice break-beat. Those videos were uploaded by users who do not know each other but each are synchronized to each other, it looks as if it was inevitably uploaded to become a great masterpiece.

Kutiman gained more than 1 million view on YouTube with mash-up video, “Thru you” in 2009.

I haven’t seen Kutiman’s work for a while but his good sense is still outstanding. It has adopted various kinds of ethnic music and he seem to have ascended to a higher place. I am looking forward to his success in the future.
For YouTube channel of Kutiman, clickhere 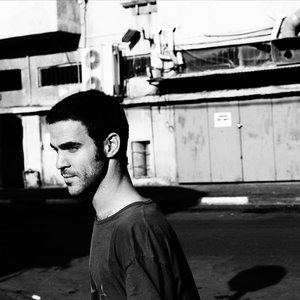